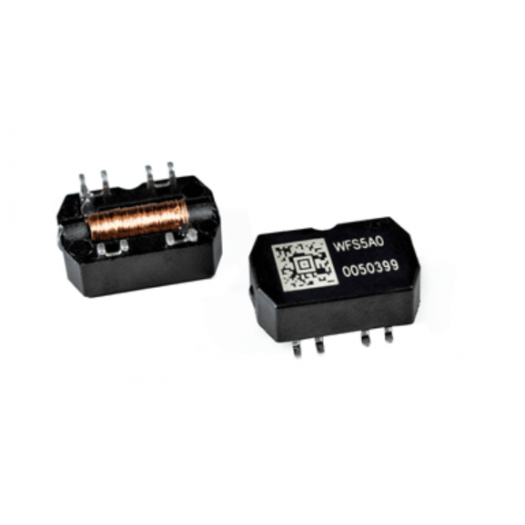 Wiegand Technology Enters the Next Cycle in its Evolution

Over the last fifteen years and under the brand POSITAL, significant expertise and a strong team has been built focusing on Wiegand wire production and the application of Wiegand Sensors in multiturn rotary encoders. To take Wiegand Technology in new large markets FRABA Group has launched a new brand, UBITO. The brand name UBITO brings to mind the word ‘ubiquitous’ and the concept of reaching far and wide. By combining references to the latin words ‘Ubi’ (where) and ‘Ito’ (imperative of “to go”), the name indicates the drive for Wiegand Technology to spread across a wide and growing field of applications.

A single pulse can provide energy for ultra-low power electronics or a trigger to ‘wake-up’ intermittently powered electronic circuits, Successive pulses can be stored to offset the energy demand of low-power circuits.

Applications can even integrate both magnetic sensing and energy harnessing - using the pulse energy for power ultra-low power circuits which use the timing of the pulses to perform tasks (e.g. count event data).

Due to the inherent hysteresis of the Wiegand wire, pulses are triggered when the magnetic field strength reaches a threshold.

Even after millions of polarity switching events, the pulse energy levels remain consistent.

Unlike many mechanical event-triggered sensors, triggering events can be differentiated at frequencies over 30kHz.

Learn More about the Wiegand Effect

Since 2006, POSITAL have been successfully implementing Wiegand technology into rotary encoders. In 2012, the main supplier of Wiegand wire in the world at that time discontinued their wire production. POSITAL completed the purchase of two wire production lines, technical documentation and expert consultation contracts from them in 2013. Shortly after, the Wiegand Technology Centre was opened in Aachen and the assembly of POSITAL Wiegand sensors was entirely in-sourced.

POSITAL carefully manage the entire production chain all the way from the smelting of Vicalloy through to the final production of Wiegand sensors and assemblies with integrated Wiegand technology. The many processes necessary to create the highest-quality Wiegand wire sensors and assemblies are controlled and optimized by our engineering and logistics teams. Currently, POSITAL has Wiegand wire production lines in Europe and the US and has Wiegand sensor assembly lines in Europe and Asia.

Wiegand pulses can be used to power ultra-low power electronics, eliminating the need for a battery. In such cases, there is no need to check or replace backup batteries, sharply reducing maintenance requirements. Alternatively, they can increase the lifetime of a battery-powered system by reducing the system’s power consumption. Recent improvements in the quality and reliability of Wiegand sensors have paved the way for more applications and uses that capitalize on the Wiegand pulse generated and its inherent energy.

The essential tool for your industrial purchases.

Your message has been sent, we will answear soon.

Submit to be called by the supplier

Your message has been sent, we will answear soon.